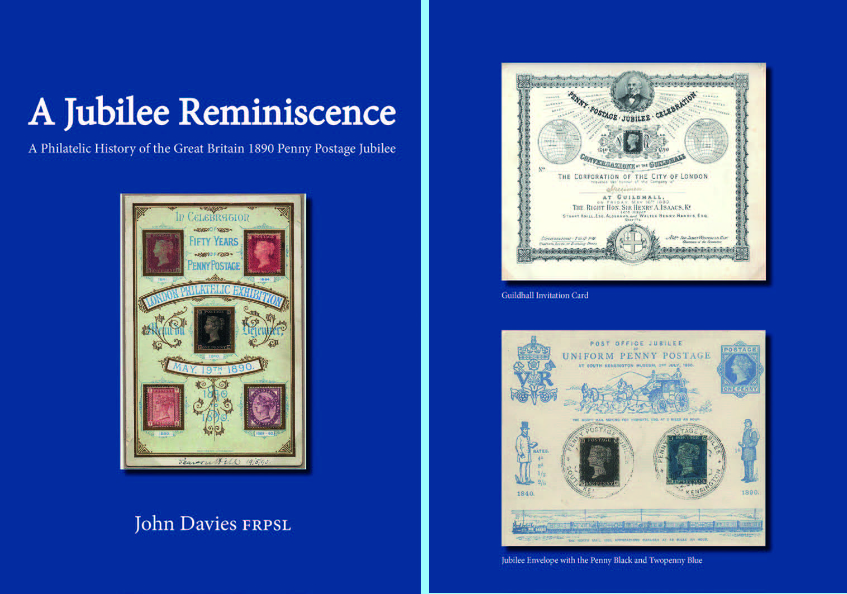 In 1889 a general opinion was expressed that the fiftieth anniversary of the introduction of Uniform Penny Postage in Great Britain “…ought not to be allowed to pass without some indication of the feelings, which must actuate all who looked back at the great reform introduced in 1840”. Arrangements were made for various Jubilee celebrations to be held in 1890. Although a plan for a commemorative stamp was initiated, it was later abandoned.

The year began with a Penny Postage Jubilee Dinner on 15 January with nearly 300 gentlemen present including the Postmaster General, Henry Cecil Raikes. Other major events took place including an Exhibition at the Guildhall organised by the City Corporation of London from 16 May to 19 May, visited by over 20,000 people, and other regional exhibitions.

There was an official Post Office celebration in the form of a grand Conversazione at South Kensington Museum on 2 July when nearly 4,000 people attended. A number of innovative displays and exhibits were assembled for these events. They were important in GB philately for the introduction of the first commemorative postal stationery and the first decorative special event handstamps. The Jubilee envelope was imitated in the same way as the original Mulready envelope fifty years earlier. The events also led to the use of special event cancellations and cachets, which could also be applied by favour, therebyestablishing the practice of the “philatelic souvenir”.

In addition to the Guildhall and South Kensington events, other exhibitions were held at home and abroad. These included the first British International Stamp Exhibition, organised by the London (later Royal) Philatelic Society at the Portman Rooms. This book brings together details of the events and the philatelic material related to them as well as the ephemera and other items of interest.

The author, John Davies FCIM FRPSL, is Immediate Past President of the Great Britain Philatelic Society, a Council Member of the Royal, a member of the ABPS Executive Committee, Past Chairman of the Stamp Active Network and Secretary of Banbury Stamp Society. His 1890 Penny Postage Jubilee exhibit won the first Large Gold and Best in Show awards together for Open Philately at national level, and won Best in Class at Stockholmia 2019.

The book is available from The Royal Philatelic Society London website. https://www.rpsl.org.uk/Publications