The London 2022 Chairman has announced the details of the Grand Priz prizes and their sponsors. 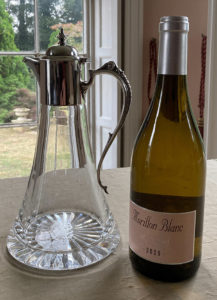 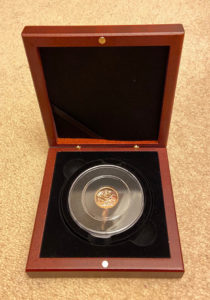 Awarded to the best exhibit that has predominantly British subject. The prize of a cut-glass, silver-capped claret jug has been provided by the Great Britain Philatelic Society (GBPS).

Awarded to the best exhibit, other than one on a predominantly British subject. The Royal Philatelic Society London (RPSL) has provided the prize of a Gold Sovereign, dated 2020, in a presentation box.

For exhibits that have been awarded at least one large gold medal at exhibitions with FIP patronage or an FIP Grand Prix and entered in the World Stamp Championship Class. The prize is a classic Moorcroft vase, sponsored by the Fédération Internationale de Philatélie (FIP).

Although the Covid situation has changed with the identification of the Omicron variant, medical opinion has not yet decided if the threat is more serious or not. The chair of the South African Medical Association, who first identified the variant, has indicated that symptoms are mild, mostly in the young, and amongst the unvaccinated. London 2022 is continuing to plan as before, and we look forward to a great show in London next year. The London 2022 Organising Committee has established a new email address of covid@london2022.co where any questions concerning the latest covid plans can be sent.