The FEPA Board has carefully considered the nominations for awards made by its Member Federations and is delighted to announce the recipients of the Medal for Exceptional Service to Organised Philately and of Certificates of Appreciation and Merit for 2020.

Amongst the awards, ABPS News has been awarded THE FEPA CERTIFICATE OF MERIT

Their press release reads: A FEPA Certificate of Merit has been awarded to: ABPS NEWS – U.K.

ABPS News is the journal of the Association of British Philatelic Societies. It has appeared four times each year since 1994. It is dedicated to promoting philately in the UK and provides an invaluable mechanism for sharing information, news, views and advice on best practice between the Association and its member societies. During the pandemic it has been especially active in encouraging societies to continue their activities using Zoom technology, giving advice to presenters on how to prepare slides using Powerpoint or equivalent programs, and urging them to prepare for a future in which technology will probably continue to play a major part in meetings and displays alongside more traditional methods. It has also moved rapidly towards digitisation of its regular issues which has given it increased flexibility in publication and distribution, and has enabled it to reduce its carbon footprint. Under its current editor it has become more innovative and has sought to bring a sharp insight to discussions about the future development of organised philately. It provides an excellent example of how interactions between a national association and its members can be developed in a mutually-beneficial way.

Leeds Philatelic Society also received a Certificate of Appreciation Merit for outstanding activity in the promotion of philately.

Leeds Philatelic Society, one of the oldest in the United Kingdom, has for over 131 years promoted the study, knowledge, application, and advancement of philately in this large, ethnically diverse city. Regular meetings have been held in the heart of the city, uninterrupted by two world wars and the recent pandemic, which presented most societies with a major challenge. The committee of LPS was determined to continue its usual activities during this time by supporting and meeting with members. LPS contributed to wider discussions at the Association of British Philatelic Societies (ABPS) committee meetings, with the aim of encouraging other societies to adopt ZOOM techniques to keep going. A LPS PowerPoint presentation, considering how the effects of the pandemic might affect the longer-term future of philatelic societies, was originally presented at an ABPS committee meeting, and then made available at the First Virtual Stampex 2020.

In addition, THE FEPA MEDAL 2020 FOR EXCEPTIONAL SERVICE TO ORGANISED PHILATELY goes to: JONAS HÄLLSTRÖM (Sweden) 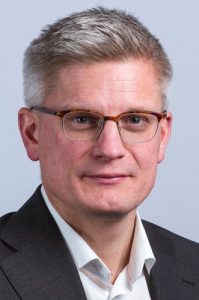 Even though he is still relatively young Jonas Hällström has already given an exceptional amount of service to European philately. Highlights include Stockholmia 2019; Five International Philatelic Summits; More than 50 philatelic publications including several books; International large gold in thematic philately; and many other achievements. At the core of his achievements are his extraordinary ability to develop new original concepts, his capacity to bring outstanding organizational skills to bear in making these concepts reality, and his unselfish drive to help other philatelists get the most joy out of their hobby through education, networking, and social interactions.

Jonas Hällström started his mission as editor of the Swedish magazine for thematic philatelists for 12 years and as chairman of the Swedish judging committee for 9 years. The crown jewel in his educational efforts was the “Philatelic Summit” concept he developed and executed to facilitate international exchanges of ideas and best practices in judging and exhibiting. Philatelists from almost all FEPA member countries participated in the Summits, and they took all the educational tools, concepts, and ideas that Jonas and his selected speakers provided back home to their FEPA member federations so that countless additional European philatelists benefitted from the summits even if they were not present. The Stockholmia 2019 exhibition was a logical culmination of Jonas’ two decades of educational and social networking efforts. This perfectly executed exhibition gave exhibitors and judges the chance to show what they had learned and achieved. A firework of social events nourished the joy, international friendships and understanding that are so important for the future of philately.

The FEPA Board extends its warmest congratulations to all who have received awards this year and thanks them for the great contributions they have made to philately in Europe. Arrangements will be made to present these awards at the first convenient opportunity.