The British Philatelic Bulletin available on the GBPS website

Home / The British Philatelic Bulletin available on the GBPS website 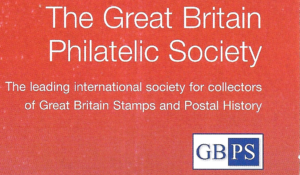 The “British Philatelic Bulletin” is an official monthly publication of the Royal Mail aimed at stamp collectors, supplying detailed information about forthcoming British stamp issues, together with a range of articles about earlier issues from philatelists. The first Bulletin was published in September 1963, shortly after the formation of the Philatelic Bureau. The first two volumes were simple newsletters duplicated from typewritten originals on Bureau notepaper, but subsequent editions have been A5 size and professionally produced in full colour.
With permission, an archive of scanned copies of most editions from the beginning in 1963 to end of volume 48 in 2011 is available for download here. (The first couple of volumes are scans of photocopies.)
If you can supply the missing numbers – or indeed improved copies of those we have – please contact the website manager.

Special thanks to David Watson for supplying the bulk of these as PDFs.