Congratulations to Southampton and District Philatelic Society for being awarded A FEPA Certificate of Appreciation for Outstanding Activities for the Promotion of Philately. 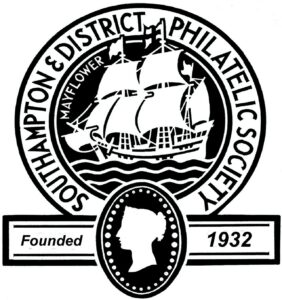 Southampton and District Philatelic Society, founded in 1932, is currently the largest local society affiliated to ABPS, with a membership of 160 members.  The Society actively promoted philately during the COVID pandemic and was one of the first in the UK to promote video presentations. Its open policy attracted several international visitors to the presentations. Now that the Society has returned to regular meetings it has continued to augment its calendar of events with this type of technology.

The Society has been represented on both the ABPS Executive Committee and the Hampshire Philatelic Federation by its members filling officer positions.

Communication with members is regarded as essential. The Society’s journal, in full colour, ‘POSTMARK’ is published quarterly and sent to all members.  It was a runner up in the ABPS Journal of the Year competition organised in 2008. In addition, the Chairman writes an on-line monthly newsletter to keep all members in touch.

Part of the Society benefits include an Exchange Packet with over fifty recipients and regular auctions.

The Society is a credit to ABPS and the recognition by FEPA of its achievements is well deserved.