The British Postal Museum & Archive (BPMA) is, together with the BFI and BT Heritage, delighted to announce that the films by the General Post Office (GPO) Film Unit have been successfully nominated to the UK Memory of the World Register. The collection is among twenty items and collections that have been selected from the UK’s libraries, archives and museums to represent the outstanding but lesser-known heritage of the United Kingdom, joining the ten inscriptions currently on the UK Register.

From 1933 until its demise in 1940, many now celebrated talents of cinema and the arts worked for the GPO Film Unit. The Unit’s existence is credited to Sir Stephen Tallents and was created as part of an extensive rebranding exercise for the GPO. Benjamin Britten, W.H Auden, William Coldstream, Humphrey Jennings, Alberto Cavalcanti and John Grierson are just some of the names that appear in the credits and the films had a major impact on British film, especially in relation to documentary film making. 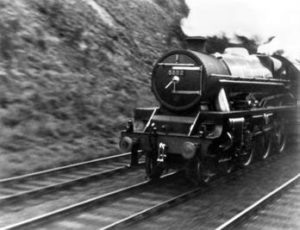 The UK Memory of the World Register is an online catalogue of documentary heritage which holds cultural significance specific to the UK. The inscriptions come from across the country, span nearly 1000 years of history and embody some of the pivotal moments and periods that have shaped the UK.

David Dawson, Chair of the UK Memory of the World Committee commented: “We were incredibly impressed by the diversity and richness of these nominations to the register. These are some of the UK’s exceptional, but lesser-known documentary riches. By awarding them with the globally recognised UNESCO Memory of the World status we hope to elevate them to the world stage.”