All About Stamps Competition Result

Home / All About Stamps Competition Result 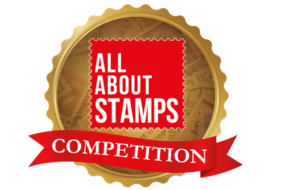 Stamp Collector Magazine has said that it was pleased with the entries to its new on line competition. Editor, Matt Hill stated “Thank you so much for taking the time to enter the All About Stamps Competition – we were so pleased with the response and the Summer of Stamps festival has been a great success. As you may have seen, the winner has now been announced, congratulations to Jackie McLean!

Simon Richards, Chairman, ABPS Exhibitions and International Committee, has written a letter to us including feedback for all entrants, and you can read this below…

Finally, such was the success of the Competition, we’d love to do it again later this year, and perhaps hold a competition every quarter. Before we do, I’d love your feedback and thoughts on the competition.

Congratulations on holding the All about Stamps competition as part of your Summer of Stamps, the ABPS has been pleased to be associated with it.

You and your team and the exhibitors have responded promptly to the difficult circumstances the Covid-19 outbreak has placed organised philately and I congratulate all of you. To attract 30 entries in the limited time that was available is a most creditable achievement.

As requested I make some general observations for you to share with the exhibitors.

The competition itself has been decided by popular vote and entrants have thus followed their own notions as to what pleases them and is likely to appeal to others and avoided being restricted by the published rules of the ABPS National Competitions.

The Beauty of the one page competition is that it is an opportunity for all to tell their friends what they find causes them to collect. In nearly all the instances we have seen this year, it is to tell a story and the vast majority have laid out their tale attractively and in a way that draws the viewer in.

With all stories it is useful to have a clear beginning, middle and end and with that in mind do consider if the story you are trying to tell can really be told in one page. In competitive philately this is an aspect that judges look at when looking at one frame exhibits – is this really a story for one frame or is this more a reflection of the material the collector has on what could be a much bigger subject.

In All about Stamps there are some good examples of self contained stories on just one page, it is relatively simple to do this with a well chosen cover but there were some who achieved this with only stamps. On the other hand some pages were either a small part of a bigger picture or simply omitted to say what their story was and left the viewer to deduce it from the material.

Generally the material shown was in good condition and well presented. For a number of the thematic orientated exhibits thinking of making a larger display, selecting more varied and scarcer material would have helped. Some exhibits would have benefitted from a clearer explanation of the material chosen, perhaps as a consequence selecting less material.

For a great many exhibits the story was essentially a thematic one and little philatelic knowledge was shown which is something to work at when preparing a larger exhibit.

Do look at what your fellow entrants did and try and pick ideas from others. I hope you all enjoyed the experience and having put your toes in the water might dabble further and look at the regular ABPS competitions at future Stampexes.