The Roll of Distinguished Philatelists announce five new RDPs for 2021

At the annual meeting of the Board of Election of the Roll of Distinguished Philatelists on 4th March 2021 it was unanimously agreed that the following philatelists be invited to sign the Roll:

The invitation to sign the Roll is the highest and most prestigious of honours in philately, recognising achievement, research, publication and service in many areas of philately.  The Roll was instituted in 1921 and the signature of His Majesty King George V appears at its head as the first signatory.  Its design contains the names of 42 “Fathers of Philately”, great philatelists who would have been invited to sign had they been alive at the time. The initial 39 signatures were added at the first ceremony in Harrogate in May 1921.

This year’s signing ceremony, on the occasion of the 100th anniversary of the first signatories to the Roll, will take place on Friday 24th September 2021 at the Crowne Plaza Hotel, Harrogate, U.K. during the Philatelic Congress of Great Britain.  Attendance at the ceremony is open to all.  The new signatories join 85 other current RDPs from 25 countries spread over six continents. More details on the Roll of Distinguished Philatelists can be found at: https://www.abps.org.uk/roll-of-distinguished-philatelists/ 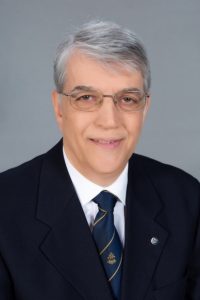 Dénes Czirók, also known as “Denis”, combines a deep knowledge of Hungarian philately with a willingness to share it.  His numerous books cover areas of postal history within Hungary, the postal card and cancellations.  He is also author of a wide range of articles in several languages, including English and German, and was editor of The Postal History Journal in Hungary for many years.  These subjects are reflected in his own collecting interests, having formed significant collections of Hungarian related postal history covering the eighteenth and nineteenth centuries that have received high awards both nationally and internationally.

Denis has been a leader within organised philately, including arranging a number of symposia within Hungary for FEPA and also in Austria and Sindelfingen.  A qualified FIP postal history judge, Denis has been commissioner at numerous exhibitions and is chairman of the Hungarian commission of judges.  His contribution to philatelic endeavour within Hungary and Europe continues to be significant. 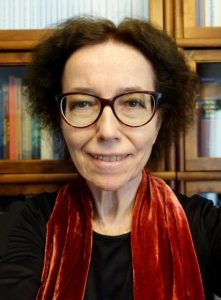 Seija-Riitta Laakso has been visible worldwide as the editor of The London Philatelist, including the special editions to celebrate the 150 years of the Royal Philatelic Society London. Today she is editor of The Posthorn, The Congress Book, yearbook of American Philatelic Congress, and Postryttaren, yearbook of the Swedish Friends of Postmuseum.

She is also well known for her contribution to the serious collecting and study of picture postcards, opening many collectors’ eyes to the possibilities of this new class. Her exhibit Paris by Night garnered numerous awards on both sides of the Atlantic including the Lee Medal in 2020 for the best paper presented to the RPSL. Seija-Riitta is also a qualified judge at Nordic level and an APS judge in the United States. She has served on the Thematic Commission of the FIP and has been secretary general of the Philatelic Federation of Finland. 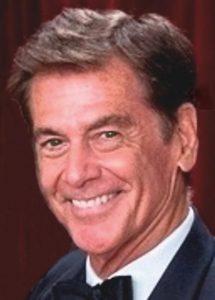 Jose Ramon Moreno has worked tirelessly at the organisational level of European and international philately for over 20 years.  Until 2019, he was President of FEPA working with European federations, and globally in the development of philately and organisation of exhibitions. In November 2019 he was elected FEPA Honorary President. His contributions have been recognised in many countries, with honours including the Gold Medal of Philatelic Merit of the Spanish Government.

A qualified international judge for thematic philately and philatelic literature, Jose Ramon has been deeply involved in updating the judging regulations of both classes and was also among the contributors to the regulations for the new Open Philately class.  He is author of the book Thematic Philately: Analysis and Research, published by the Royal Hispanic Academy of Philately.  His articles have contributed to the development and understanding of thematic philately, particularly within Spanish speaking countries. Jose Ramon’s thematic collections span a range of sports-related subjects, including yachting, skiing and golf, and have received high awards including an FIP Grand Prix. 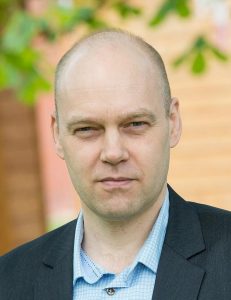 Henrik Mouritsen’s highly regarded exhibits on semi-classical Danish philately have won FIP large gold medals in three different classes: traditional, postal history and postal stationery. His postal history exhibit won Grand Prix International at IBRA 2009. Danish by birth, but living in Germany, Henrik is a meticulous and determined researcher. His 6-volume work titled Danish Postal History 1875-1907 is based on over 23000 pages of information from official sources, it is the definitive bilingual (Danish and English) study of the postal rates and regulations for this period, and is important because it includes the UPU regulations for all types of mail during the first 32 years of the UPU’s existence.

Always willing to assist fellow collectors, Henrik has been a regular presenter at seminars covering exhibiting and judging, several of which are available on YouTube. He is active both nationally and internationally as commissioner, FIP qualified international judge in postal history, and member of the FIP postal history bureau since 2017. 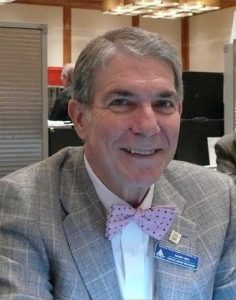 Randolph “Randy” Neil is one of the best-known names in American philately. As editor and publisher of numerous philatelic magazines, he has been a prolific writer on subjects ranging from classics to modern.  Always an enthusiastic exhibitor, he was author and publisher of The Philatelic Exhibitors Handbook, first published in 1987 and now in its third edition, having sold thousands of copies.  He was publisher and designer of the definitive book on US domestic postal rates and has been webmaster and graphic designer for several societies and exhibitions. In 2006 he was editor and founder of The American Stamp Collector and Dealer magazine and since 2015 is founder and managing editor of Stamp Collector’s Quarterly, an American scholarly magazine.

His own collections are equally varied, covering many areas of USA stamps and postal history ranging from Confederate States, through the USA 2c of 1883, to the Presidential issue of 1938, and postal history of the Second World War in the Pacific, receiving high awards including several USA Grand Awards. Randy was President of the American Philatelic Society from 1993 to 1997 and recipient of the John Luff Award for services to the APS.  He was co-founder of the American Association of Philatelic Exhibitors, serving as its first President, and has received numerous awards for contributions to philately in the USA.

2021 is the centenary of the first signing of The Roll of Distinguished Philatelists so the ceremony is deliberately returning to Harrogate, where the first ceremony was held in 1921. To mark the occasion the Board of Election has decided to correct a historic injustice. The Roll was instigated just after the First World War when there was strong anti-German feeling in Great Britain. Germany had been a strong philatelic nation with many eminent philatelists but when the 42 ‘Fathers of Philately’ were inscribed on the side panels, no German or Austrian names were selected. There were however some empty name banners at the bottom of the scroll, four of which were filled in the 1950s, but two remain empty to this day.

The Board of Election, with guidance from Wolfgang Maassen RDP, has selected two eminent philatelists to occupy those spaces, one German and one Austrian. They undoubtedly deserve selection as ‘Fathers of Philately’ but they also stand to represent many of their countrymen who would also merit inclusion. They are Otto Carl Alfred Moschkau 1848-1912 of Germany and Victor Suppantschitsch 1839-1919 of Austria.

Moschkau had started collecting in 1860 and by the 1870s he had over 5,000 stamps, probably Germany’s most comprehensive world collection, of which it was said that only three stamps were missing. By 1864 he was advertising stamps for sale and from 1869 was regularly publishing philatelic articles. Showing his collection publicly at Dresden in 1870, he was probably the first German exhibitor, and then exhibited ‘The Franco-German War 1871/72’ at WIPA in Vienna 1881. He also became one of the first in Germany to expertise stamps.

Moschkau became the editor of  Illustriertes Briefmarken-Journal in 1874 and went on to edit many philatelic publications and stamp albums including the first German postal stationery album in 1874. He organised the first international stamp exhibition in Vienna 1881. Among others he was a founder of the North German Philatelists’ Society in 1871; an early member of the International Philatelists’ Society of Dresden in 1877; a founder of the Vienna Philatelists’ Club in 1880, its first Secretary, and Honorary Member in 1883. The Société Française de Timbrologie awarded Moschkau an honorary diploma. Until the 1890s, articles were published repeatedly that were reliant on him and his philatelic work and his name enjoys a high degree of recognition to this day.

Suppantschitsch studied law in Vienna from 1858 to 1861 and in 1906 retired as President of the Senate of the Supreme Court and Court of Cassation. A collector from his schooldays, in 1863 he inherited a small stamp collection which he expanded enormously. He was the first to advocate the creation of country specific specialised collections (1880), but in 1883 he disposed of his stamp collection, which was rich in rarities, and devoted himself only to literature. In 1890 he was a judge at the Vienna Exhibition.

From 1876 Victor published his studies regularly, writing for a number of journals, especially Weltpost, the Wiener Briefmarken-Zeitung and the Philatelist of the International Philatelists Society of Dresden. He wrote numerous philatelic books, especially on philatelic literature. In 1913 he was awarded the Lindenberg Medal for recording and registering philatelic literature, and in 1918 the Hans Wagner Medal as the “most important philatelic literature researcher and expert”. His private specialist library was probably one of the largest in the world at the time with more than 30,000 individual items, including 1,800 books and 27,200 journals in more than 3000 volumes. His heirs sold his philatelic library to Theodore E. Steinway in 1922, and he donated it to the Collectors Club of New York.